I didn’t have a recipe post for you guys last week and I used an old recipe this week, so I thought I would give you a look at what else I’ve been up to in the kitchen the last couple weeks. Julie over at Peanut Butter Fingers is doing a crock pot challenge and I decided to participate! Basically, I’m going to try 10 new crock pot recipes before the end of February, write up a summary post of all the recipes I tried, and link up with her on her site. I’m aiming for about 2 recipes per week so I don’t go on crock pot overload. However, last week we had a lot of social events or nights with easy dinners like pancakes / eggs, so I didn’t have much to show! Crock pot recipes are awesome but they’re kinda lame to highlight on the blog. Like, what am I going to show you? I opened a bunch of cans and packages, dumped them into a pot, turned it on, and went about my life until it was ready to eat. Not exactly a lot of skill involved in that. But I’ll give you a sneak peek prior to my big recap.

My first recipe was this gingered beef and vegetables recipe. It ended up being several days worth of lunches and it was GOOD. I almost always use chicken or vegetable stock when cooking but I need to stop overlooking beef stock. It is SO flavorful and delicious. This was a great “hearty” lunch to take me through after work social events like a concert and a basketball game. 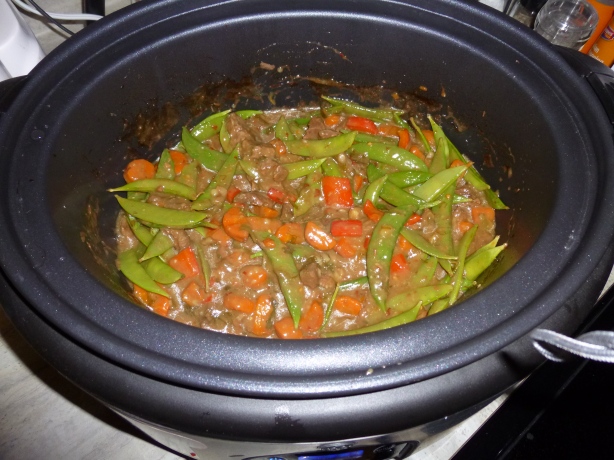 Saturday was a great day to use the slow cooker for dinner. Sometimes I don’t like to use it during the week b/c all the recipes say to cook for 8 hours on low. It’s always more than 8 hours from when I leave the apt in the morning to when I return in the evening. Sometimes I don’t want to leave it sitting there on “warm” for 2 more hours! Since I was around on Saturday, it was such a nice treat to not have to think too hard about cooking dinner when the time came. I used this recipe for Pasta with Eggplant Sauce. I loved this sauce because it was so thick and hearty with vegetables. It made my portion of high-fiber mini penne look positively massive (see the picture below… YOWZA). I am a pasta eating champion and if left to my own devices could easily put down a ridiculous amount of pasta. By adding lots of vegetables / thickening agents to the sauce, it’s a great way to tame the pasta eating beast within! 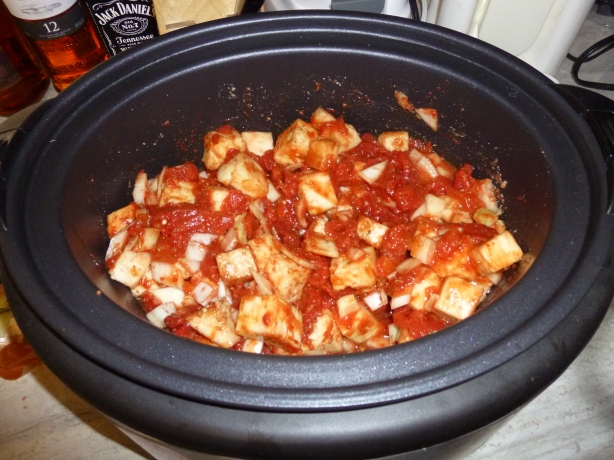 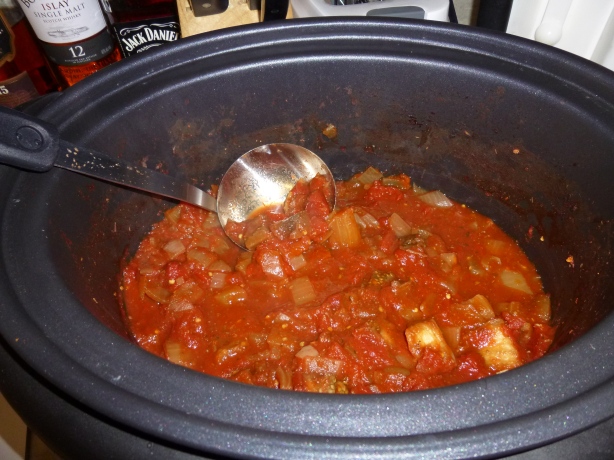 And this Santa Fe Chicken is cooking in the crock pot for dinner AS WE SPEAK! Gonna be some goooooood eatins tonight. I love these kind of crock pot recipes, especially because I can throw the chicken breast in whole and shred it after it’s had 9.5 hours to cook with just a fork. So easy. And also delicious. 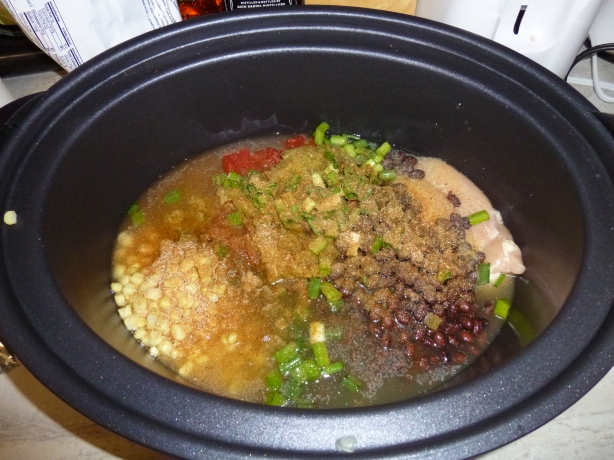 Anyways, as you can see the creativity I can employ with photographing crock pot meals is pretty minimal. So don’t worry, you won’t be seeing a crock pot recipe every week until the end of February. I’ll spice it up for you! But so far… the recipes have been amazing (even if they’re slightly boring to look at). I’m planning on making this Vegetable and Chick Pea curry later this week! Crock pot challenge FOR THE WIN!

Anybody have favorite crock pot recipes they want to share??? I’ve got a lot more meals to make before the end of February and I am taking any and all suggestions 🙂